Home » The Island » History » Our History 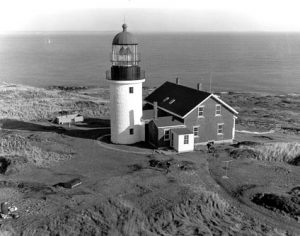 Seguin Island has a rich history dating back to 1607, when on August 16, 1607, George Popham and  Raleigh Gilbert anchored under the island before heading up the Kennebec River to Popham to form the Popham Colony.

1786 – William Lithgow and 54 other petitioners from Georgetown asked the General Court of Massachusetts for a lighthouse on Seguin Island.

1793 – George Washington approved that there be a lighthouse on Seguin Island.

1794 – Massachusetts ceded 10 acres of land on the island to the Federal Government to build a lighthouse.

1795 – Lighthouse commissioned by George Washington. That same year, the first tower was erected.

1817 – Congress authorized for new stone tower to be erected in place of original wooden tower.

1853 – Lighthouse Board reported the station improved due to shipping in the Kennebec and Sheepscott Rivers and that the station should be a First Order Station.

1857 – The current 53′ tower and quarters were erected the Fresnel lens installed.

1942 – Clarence Skofield and family left the island. He was the last civilian keeper on the island.

1977 – Light station placed on the National Registry of Historic Places.

1985 -The US Coast Guard automated the light and de-commissioned Sequin Island Light.

1995 – All 64 acres and the buildings were deeded to the Friends of Seguin Island Light Station. 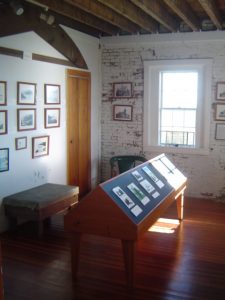 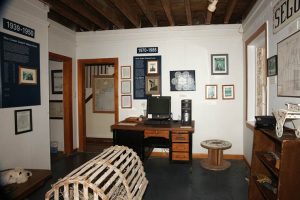 More history can also be found in the Island’s 200th Anniversary Publication.